Home » Advice Centre » News: Divorce Rates at Their Lowest Due to Rise in Cohabitation Before Marriage

News: Divorce Rates at Their Lowest Due to Rise in Cohabitation Before Marriage

Studies have suggested that younger couples who get married are more likely to stay together, due to the increase in couples living together before marriage. In years gone by, it was sometimes referred to as ‘living in sin’, but in modern times, sharing a home before getting married has helped to strengthen unions and help couples last past the infamous ‘seven year itch’. 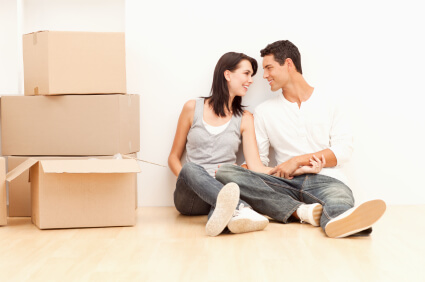 The Office for National Statistics released figures that show 130,473 couples divorced across the UK in 2013, which is a 3% decline from the previous year. Overall, the divorce rate fell to 9.8 per 1,000 married men or women, which is the lowest level since 1975.

The gap between people marrying and divorcing is now wider than it has ever been since 1992, and this has been attributed to the rise in the number of couples living together before getting married, which followed a transformation of social attitudes from the aforementioned ‘living in sin’ mentality. The number of families that are headed by cohabiting couples has almost doubled since the mid-90s, with a rise of 30% in the last decade alone.

The ‘seven year itch’ is an oft-mentioned theory suggesting that couples are likely to divorce after seven years. In 2013, 16% of the couples who had married in 2005 were divorced, and in 2012, 17% of couples married in 2004 had divorced.

It is thought that many cohabiting couples opt for marriage because of the security and the rights received that are not available to couples who exclusively cohabit and do not get married.

In a poll conducted by the Co-operative Legal Services, four out of 10 said that cohabiting was “purely to live together as a couple”, while one in five said that it was to help reduce the cost of living. A fifth of people asked said that they had no desire to marry. Almost a quarter of people asked viewed cohabitation as a ‘trial run’ before getting married.

Living with a partner before getting married is an increasingly popular choice, for a number of reasons. It is important to remember that with the benefits that come with cohabitation, there are also some risks, such as having less rights as a couple than people who are married, which can play a big part in some couples’ decisions to get married.

If you are cohabiting or you want to understand more about your rights as a cohabitant following separation, then get in touch with Goodwins Family Law Solicitors today and our expert team will be happy to help you.

Find out more about Cohabitation Disputes
Back to Advice Centre